Surf fishing is a revered past time all over the world. Having strategies to deal with the tide is one of the first skills to learn as a surf angler. Firstly, let’s break up the tide into twelfths, this method provides an easy way to gauge water flow from low tide to high tide. Starting from high tide, the first hour is 1/12th of the tide, second hour is 2/12th, third hour is 3/12th, fourth hour is 3/12th, fifth hour is 2/12th and sixth hour is 1/12th. The sixth hour is low tide in this example. Now, when looking at this from a twelve-hour cycle from high tide to the next high tide, the greatest flow of water occurs in the third, fourth, ninth and tenth hours (3/12th respectively). Thinking from a directional flow perspective, the period from low to high tide is optimal as this is when the water brings the fish inward towards the beach as opposed to high to low when the water flows away from the beach.

Some advantages of fishing a low tide can give you an advantage when fishing the high tide. When the tide is low it is easier to find structures that will hold fish when the tide is high. Look for and mark places like sandbars and holes. Walking out further will allow you to cast to deeper areas that hold fish during low tide. During low tide, you can reach spots that you could not during high tide. Depending on other factors specific to your area, these deep pools during low tide can be productive fishing spots.

During high tide, it is difficult to see the structures that were so easily visible during low tide. Fortunately, marking these locations ahead of time means that you can cast out to these locations during high tide. When the tide is high, you do not need to cast very far out as fish will usually be much closer to you due to the deeper water. Predatory fish will be easier to catch during high tide as they will be closer to shore depending on the water depth in that specific location.

The optimal tide for fishing is threefold. One is the moon phases that will produce the highest tide, and second is the period in the tide cycle that moves the most water. Theoretically, the greatest amount of water flow by volume should occur in the third and fourth hour of the flood tide during new and full moon phases. Lastly, the positioning of the sun will affect tide levels as well, but not as much as the moon. The greatest amount tide rise occurs when the sun and moon are on the same side of the earth.

The reasoning behind this is that the larger than normal water flow will bring in baitfish, and larger predatory fish. The stronger current in the third and fourth hour of a flood tide does a better job at pulling in smaller baitfish, which means the bigger fish are usually not too far behind.  Predatory fish require higher water levels to come closer to shore so as not to risk getting beached.

Unlike offshore fishing, where anglers face little difficulty in getting their bait to the fish; shore fishing presents a sometimes-herculean task in this regard. As humans innovate new and interesting ways to get their bait further from shore, or to harder to reach sandbars, one way that is gaining popularity is with the use of drones.

Aerial drones are the more popular choice among surf anglers yearning to get their bait to the best spots. Many anglers are purchasing aerial drones to carry their bait out over the ocean to drop it over a specific spot. When used in combination with the tide information discussed earlier in the article, drones with cameras and GPS can hover over specific sandbars, reefs, or other offshore structure. Once the drone is holding the bait at the intended location, it can remotely release the rig. This technique is a real game changer, and when used correctly during specific time where the tide may not allow you to find the location from the beach, you will be able to take fishing to another level. Check out the SharkX drone from Rippton. This drone boasts an impressive 3kg payload, live and recording 1080p video capability, and an impressive 800m range. This drone was built with surf fishermen in mind and makes an excellent tool in the hands of a capable angler. 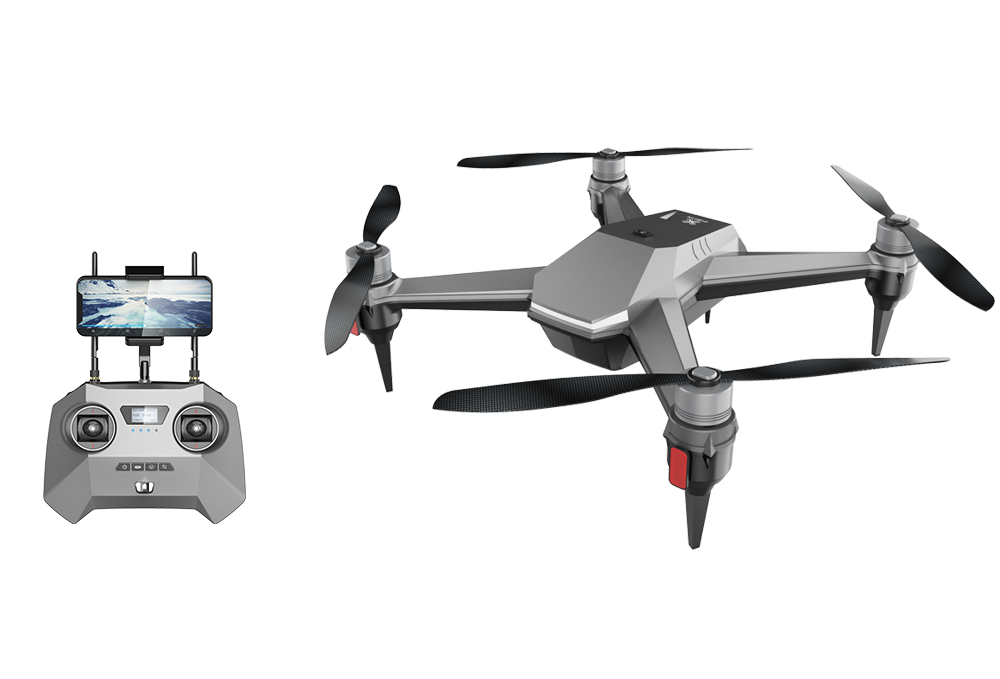 Marine drones are making an impact in the drone fishing world. Primarily depended on for their speed, payload and rough condition capabilities, these drones make excellent bait carriers and are the perfect tool for shore anglers looking to lay out a spread of bait or chum. While lacking the birds-eye view of an aerial drone, marine drones do come with GPS capability so that waypoints of offshore structure can be added and navigated to. This is extremely advantageous in rough weather conditions where aerial drones are practically unusable. Marine drones are also the better choice when water conditions inhibit the locating of under water structure using a camera. Just drive your marine drone to the GPS waypoint, and release your bait. The CatchX Bait Boat from Rippton is a purpose built marine drone made for every type of angler. The CatchX utilizes an impressive 2.5hr battery to power the drone to an impressive 3.6km/h at a range of up to 800m. It can carry 3kg of weight in its 4 hoppers. Perfect for any shore angler.

Surf fishing can be an excellent way to get out there and enjoy the outdoors. By employing some basic knowledge of how tides work, and the different strategies to employ at different levels of tide, you can easily dissect different spots to fish. Once you have different locations to target during different tide cycles, you can then maximize bait delivery and effectiveness with the use of fishing drones. Essentially, aerial drones are great at giving a birds-eye view of structure, while marine drones are excellent in rough weather and unfavorable water conditions.