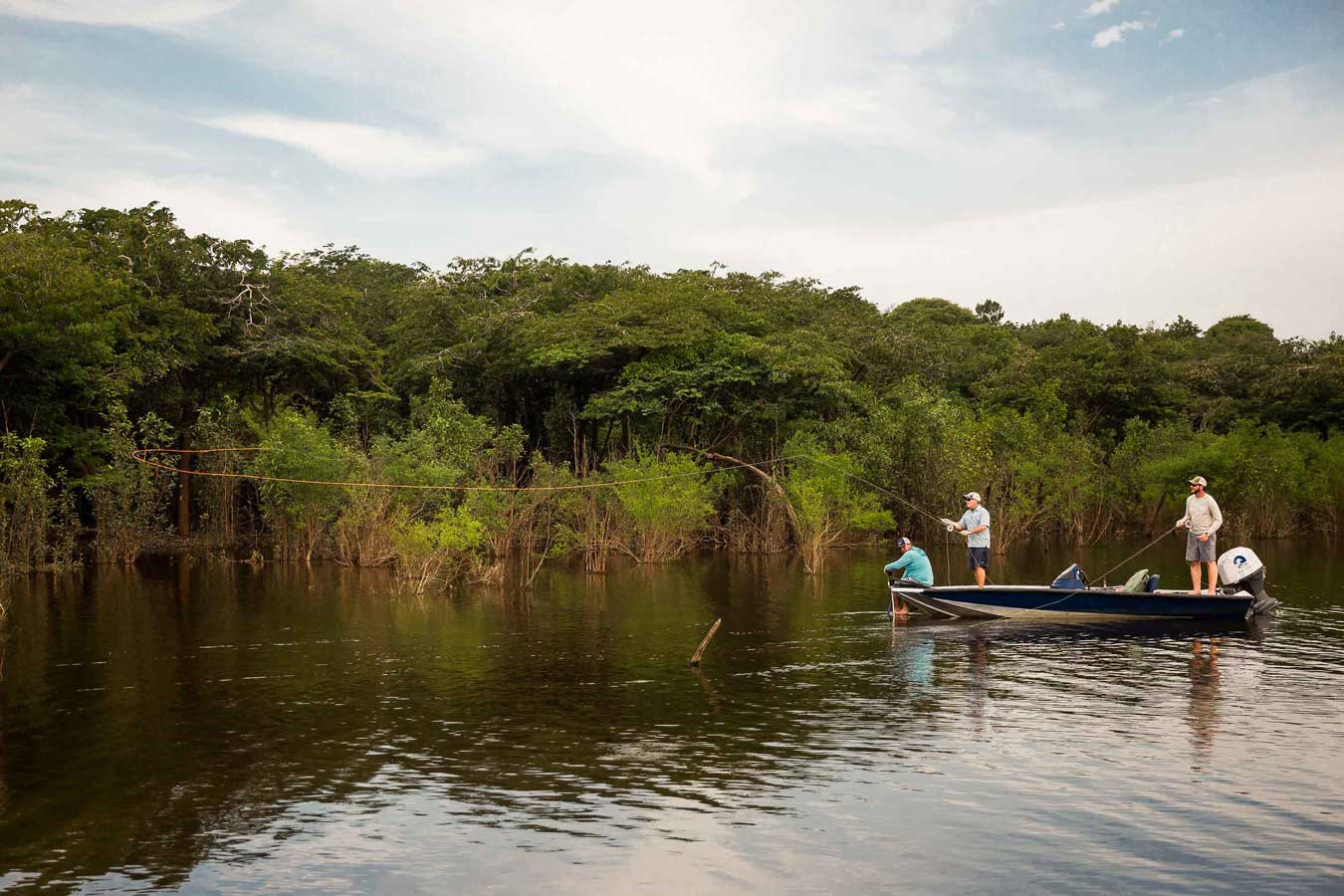 Tailing loops are the bane of both novice and experienced casters, and they can almost all be traced to problems with the timing of the casting stroke. A tailing loop is one where the front of the fly line and the leader cross below the plane of the cast as the forward cast rolls out, often causing a tangle in the line or a wind knot in the tippet or leader.

Understanding what causes a tailing loop involves a bit of physics and a bit of psychology. Knowing both causes will improve your fly casts and your fly fishing.

The mechanical part can be explained by the timing of when power is applied in the casting stroke. When the rod accelerates too much at a given moment in the stroke—usually in the middle or early part—the rod flexes too much and the tip actually dips below the plane of the forward cast momentarily. Since the fly line always follows the rod tip, this causes the front of the line and leader to dip, while the rest of the fly line follows the normal plane. In real terms it's usually a bit more complex and subtle: during the cast different portions of the line develop momentum in different planes, which means they cross and even re-cross the actual direction of the cast.

Psychology is a factor because most casters apply power too early only when they are overcompensating: either trying to get a few more feet out of a cast, or getting frustrated by the wind, or simply trying to cast too much line. There isn't a fly fisher alive who hasn't applied power at the wrong time in their cast. Nerves, excitement, and simply not paying attention can all lead to "punching" the cast and applying too much energy at the wrong time.

An optimal casting arc has been described many times as being similar to throwing an apple from a stick: a smooth acceleration of the rod throughout the stroke, ending in a stop that releases the energy of the rod into the line (or the apple into the air). The rod tip, ideally, follows a straight-line path. Too much power at the wrong time causes the rod tip to dip into a concave path.

So enough of casting stroke theory. How do you fix a problem with regular tailing loops? Not even the experts have always agreed on the best remedy. (Lefty Kreh, for example, once suggested that dropping the hand during the cast would prevent tailing loops.) Most experts, though, point to smooth acceleration and correct timing of power application in the casting arc as the keys.

One excellent starting point for curing tailing loops is to watch your fly line and loop formation as you false cast. Turning sideways and watching the loop formation through both the forward and back casts can help. Do this enough, in your backyard or the water, and you will help build muscle memory that helps prevent abrupt changes in power.

Another tip is to lengthen your casting stroke. Shorter casting strokes leave less room for error. By extending your arm a bit on the forward and back casting and slowing the cast a bit, you will learn the smooth timing of power application more easily.