In addition to offering the first sight of sunshine in a good few months, early spring also brings with it those perfect carp conditions, a healthy amount of wind with some rain here and there. Personally, as soon as these warmer days arrive, I like to make sure I have some bottom baits on the go. This sets a precedent on the lake which can last the full season, if done well. I like to either prime a selected area or, through regular provision of quality boilie, introduce a new food source to the carp that they can trust going forwards.

In my time I've spent hundreds, maybe thousands of hours scouting out venues and baiting up as I see fit. I can say with complete confidence that early spring marks the zenith for this. In advance of the official start to the season, I still follow the same principles of scouting out a venue – walking, observing, climbing trees and baiting. To this day I still look forward to spring starting so that I can get out there and start making entrees into the new season.

Early spring is a quiet time on the bank, something that is enforced by some venues. Being able to examine your lake and regularly introduce bait without anyone else fishing it is a tantalising prospect that I always try to take full advantage of. Here I am going to run through how, why and what I introduce at this potentially crucial time of year. 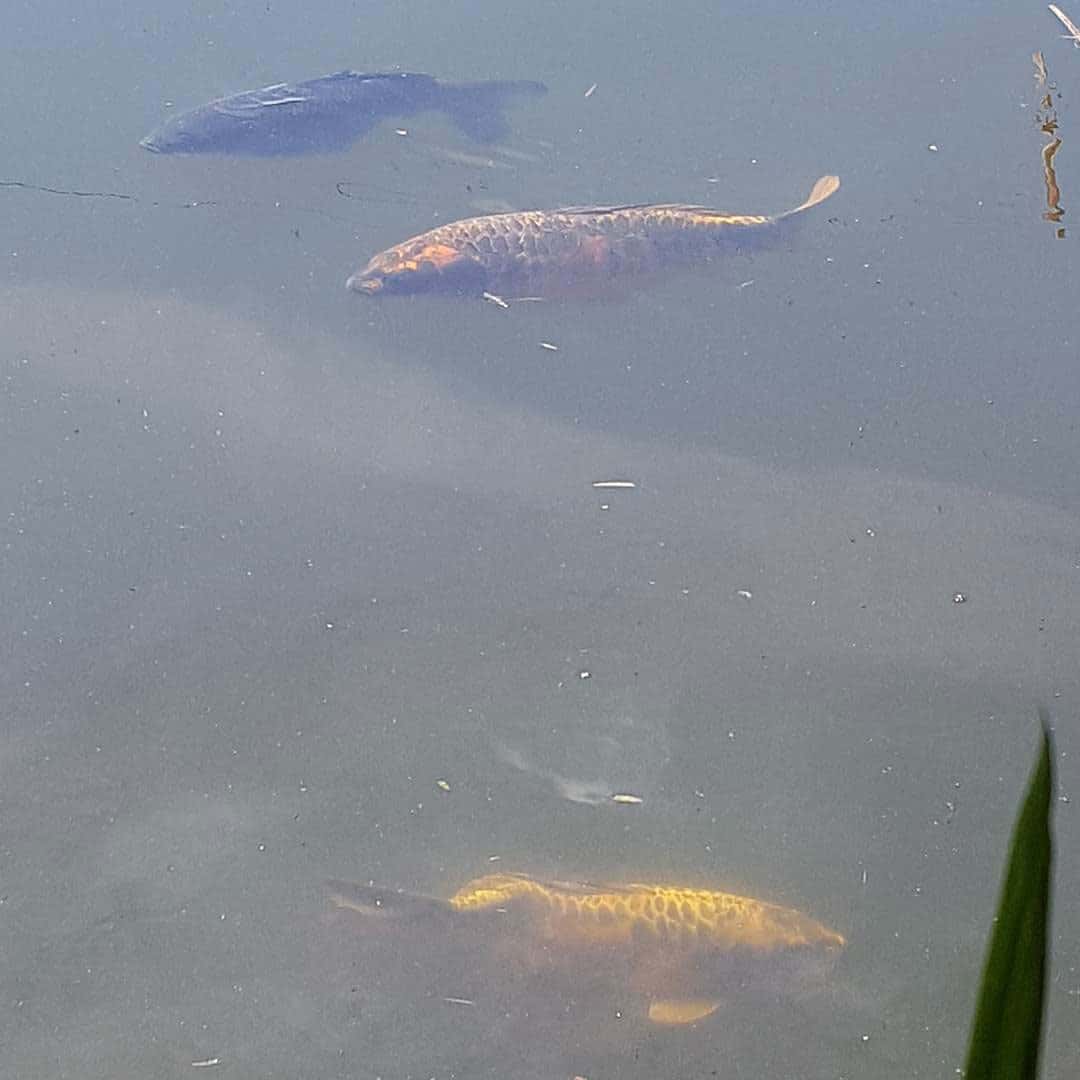 Feeding them is the first step towards catching them

As late winter transitions into early spring, there is the possibility for a bite or two, but it's not easy. British winters are unpredictable and having sunshine and mild temperatures one day with ice and snow the next, is a real possibility. For this reason, tactics and baiting approaches need to be considered and having winter experience is almost a must. This is in complete contrast to the warmer months when the fish will, at times, be all consuming machines. Early spring mind you, is still some way off this point and water temperatures will still be the most important factor to consider.

In previous seasons, I've started baiting up in late April or early May, in the run up to the 16th June. At this stage it's expected that the water temperatures will at a level for the carp to be ready for some proper food, as they prepare to start spawning. I find that six weeks of baiting is more than sufficient to get spots primed, with carp regularly visiting them in their hunt for food.

Generally speaking, I would say I am a believer in boilies. This isn't because of any magical properties that I associate with them. It is simply because the carp that I'm targeting on all the venues I fish are more than willing to eat them. I have a habit of only targeting one venue at a time, which works well for me and boilies fit nicely into this approach. By consistently providing them to the carp on a few carefully selected swims, I can get something going and steadily build on it, session by session. Not only this, but generally speaking, I have found that boilies are a favourite for bigger specimens. Another very strong incentive to use them. 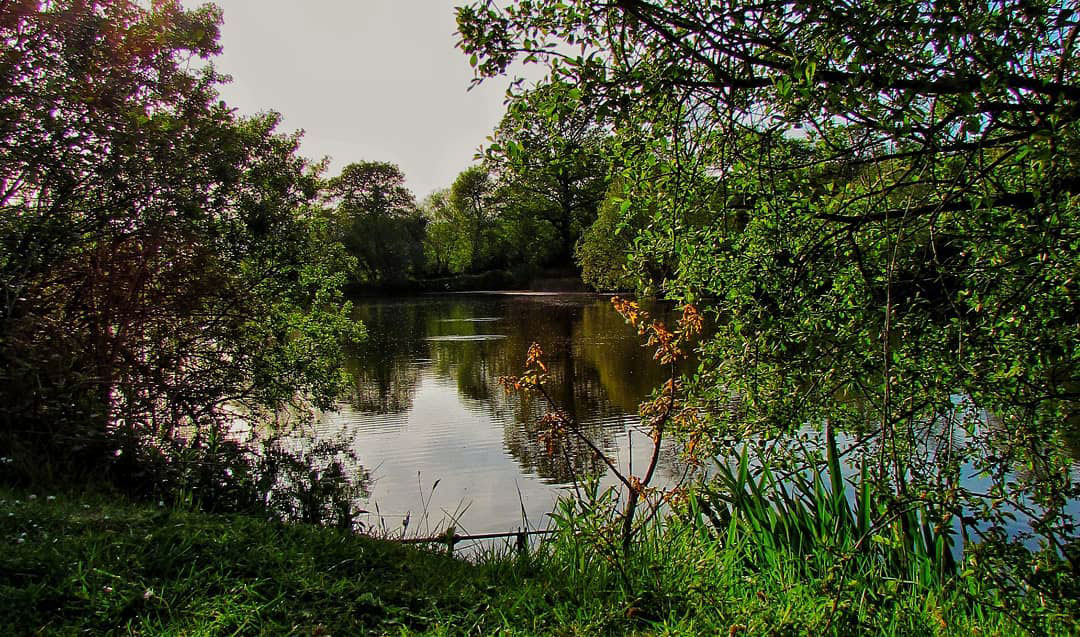 Spring carping is a special time of year ( via @Travis Redfern)

If you're reading this, chances are you've spent a bit of time on a fishing venue before. You may have noticed that certain habits form around different venues and there is often a particular style of fishing that the majority of anglers employ. It could be heavily baiting around the rod or the consistent use of tigernuts or large beds of hemp.

In these scenarios, going against the status quo is known to be an effective method. I put this down to breaking habits. Think about it, when you're following a habit, you're not thinking. Your brain is on auto-pilot and for this reason, you're going to miss things that would increase the likelihood of getting a bite, like changing up your approach. The thinking angler always wins, not the one on autopilot.

With that all said, heavily baiting and pre-baiting, on many venues is an underutilised tactic – by its very nature it is difficult to sustain over a long period of time. But as I just suggested, baiting levels completely depend on the venue and what other anglers are doing. I've used many different tactics and approaches, all of which depended on the unique venue at the time. Some respond well to just a scattering of baits, but some respond best to large amount of baits going in regularly. 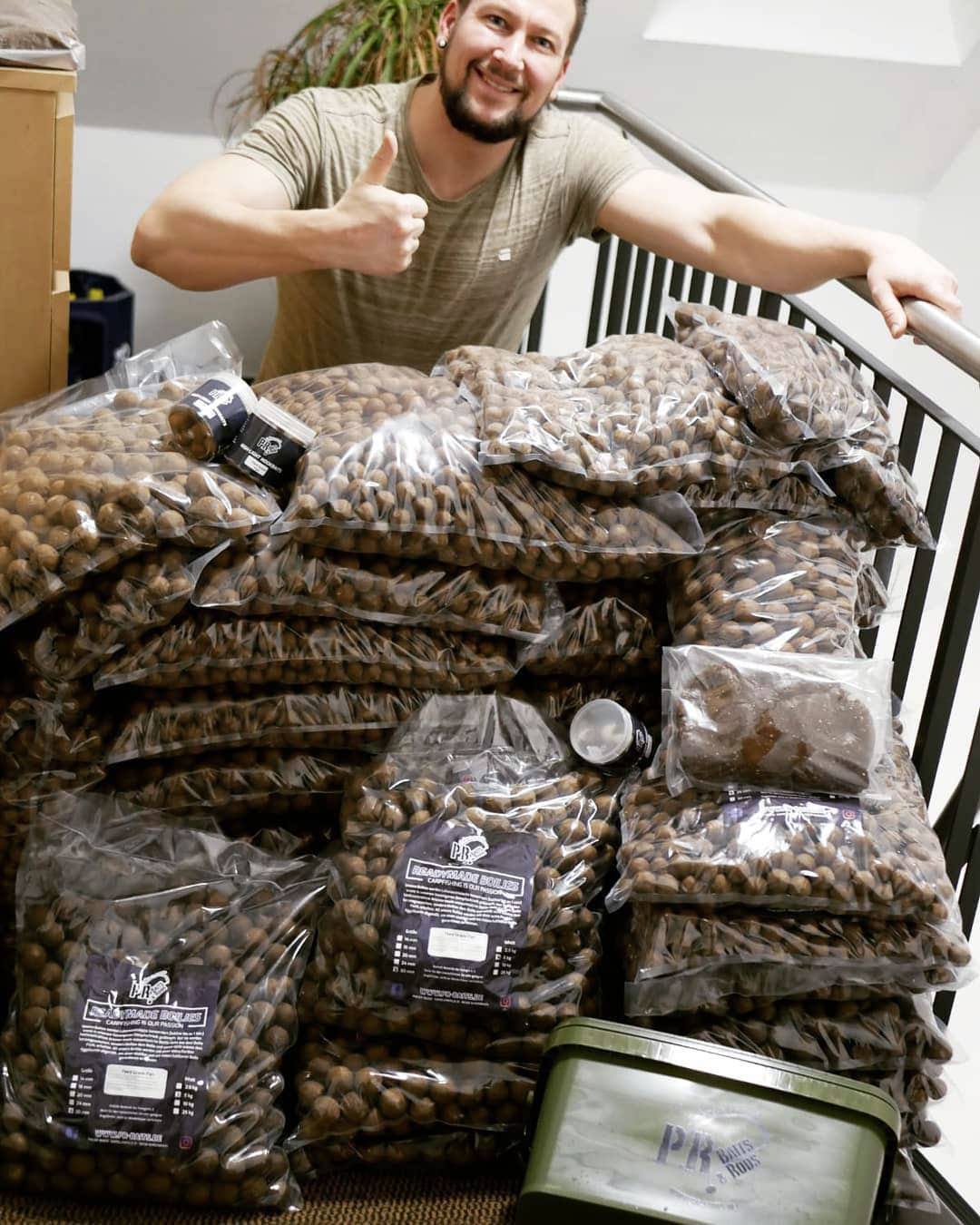 Sometimes lots of prebait is needed… Maybe not this much

A couple of seasons back, from early May through to June 16th I pre-baited a select spot every week and watched in awe as the residents made their way through every individual boilie I had presented. That was a pretty heavy routine and in total I think I used about 70kg, putting in around 10kg twice a week as I passed the venue on my way to work.

The main question I had at first was where to bait up. The lake was always busy for the first month or so, so priming a single area could well end up to be a waste of time, for me at least. I opted to bait three primary areas, but did also keep a little bit extra going into a further three or four spots. This would give me an area to drop on to if the venue did end up being particularly busy, or an alternative option if my primary spots were not coming through.

Unless I am certain of where the carp are, or I know that a specific area will remain free, I always bait up multiple options in the early spring period to keep my options open. That year I baited up using only 18mm, via a catapult and stick to keep things easy.

When it comes to levels for fishing over, it is again dependent on the venue. It can be difficult though, particularly on busy waters where baiting up and priming areas without intruding on the campaigns of other anglers is challenging. Leaving bait in the swim or setting up spots for other people to profit from is always a cause for concern. I apply most of my bait before I leave the venue or when I’m not fishing, to try and get around this. 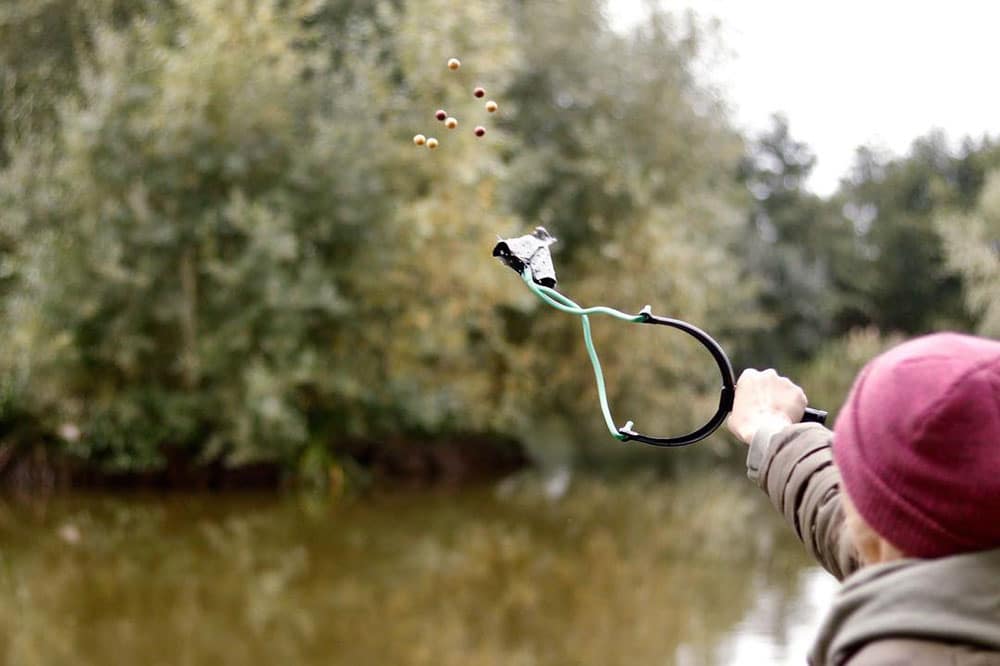 Getting the bait out there

I tell anglers who are looking to pre-bait in early spring that they really don’t need to use enormous quantities to be successful. A few kilograms here and there will often do the job. I think that one of the best things about using boilies here, is that you can tailor their application according to the situation. For instance, on many of my spots in open water I aim to create a large spread of whole baits, something that does involve using a large quantity. I will however also use a handful of crumb and maybe some whole or flattened baits if I am targeting a very precise spot in the margins. The carp don’t care and in both scenarios the same food signal has been established, just through a different manner.

Last year was a good example of this. I spent the majority of it fishing over chopped and crumb boilie, and when the time came to leave the venue, I would introduce whole baits. This would keep the carp interested and ensure that they return to the spot, even when I wasn't there. On the first day or night of a session, I would fish single hookbaits over an area if it had been baited a few days previously, which was generally the case. Quite often any fish that had been feeding on the pre-bait would hang around in the area, and a single is all that I needed to get a bite.

I think it's worth mentioning that a quality boilie is critical for a successful baiting campaign. Your aim should always be to familiarise the carp to your bait, to the point that they see it as a trusted food source. Over time through regular application, the carp will be much more likely to feed on it when they see it sitting inconspicuously on the lake bed. The more you can feed them without fishing, the greater confidence they will have in it.

Understanding when, where and how much are the key questions you should be asking yourself when pre-baiting, particularly in early spring. I cannot answer this for you as it depends on a multitude of factors, including stock, wind, temperature, other anglers, and much more. When you do start your campaign, if you can answer those questions you'll be far more likely to achieve success.