As a carp angler, I receive a lot of questions about this interesting species. I recently read a scientific study about the carp’s feeding behavior and decided to do some in-depth research myself in order to be able to answer the commonly asked question: Do carp have teeth?

Carp actually have teeth. They are called pharyngeal teeth and are located deep down at the back of the carp’s throat. The fish use them to both mechanically chew and crush their food.

Continue reading this article and learn all the interesting and unknown facts about the carp’s hidden teeth.

Do Carp Have Any Teeth? 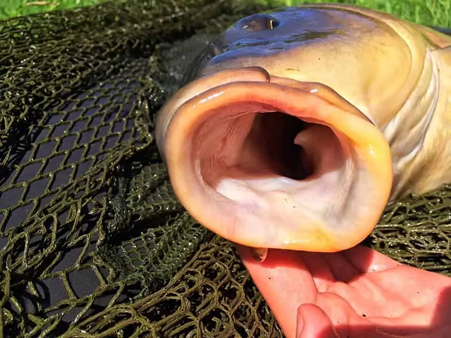 Carp (cyprinids) have special types of teeth called pharyngeal teeth which are located at the very back of their throats. All species of carp and suckers possess these teeth but are otherwise completely toothless in the frontal area of their mouths.

These teeth, which aren’t sharp or pointy but rather molar-like, can be found along the pharyngeal arch of the fish’s throat. They can vary in both size and number and are part of the arch’s overall bone structure.

In fully grown carp, they actually look somewhat like human molars, both when it comes to shape and size, as they are rather flattened and rounded.

During a carp’s life, these throat teeth can be replaced several times and will always grow back.

It’s a really fascinating part of the carp’s anatomy that is completely hidden and, to many, rather unexpected. It took several years before I even saw the teeth when examining a carp’s mouth more closely during a fishing session.

In reality, carp are actually omnivores, eating a variety of both aquatic plants and small animals.

How Do Carp Use Their Teeth? 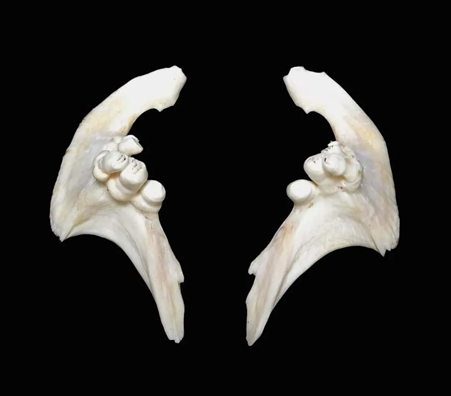 In order to be able to swallow and digest harder foods (such as crayfish or mussels), they efficiently use their teeth in order to get to the meaty insides of their hard-shelled prey.

This they do by moving their jawbones in a rotary fashion, which, in turn, creates a grinding movement. The teeth are then pushed upwards toward the hard bony roof of the throat, allowing the carp to crush and grind any hard matter.

This process makes swallowing food easier and aids the carp’s digestion, as bigger particles are ground, shredded, and torn into smaller ones.

The ground pieces of shells that cannot be swallowed and digested are simply ejected, as the carp will just spit them out.

This grinding crushing process enables the carp to crack open even the hardest of food sources, including hard boilies and pellets used by anglers as loosefeed and hookbaits.

Can Carp Bite Through Fishing Line? 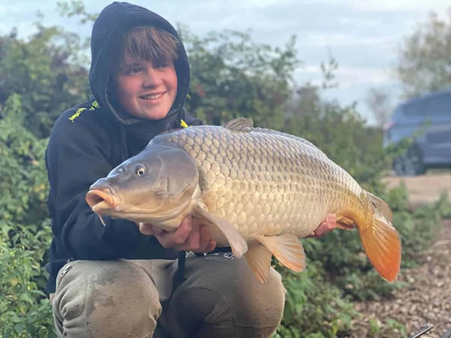 When you fish for carp and use the right type of tackle and rigs, they will almost always be hooked in the lips, which hence makes it impossible for the fish to bite through your line.

However, I have heard of incidents where anglers have had their hooklinks cut off by carp in the middle of the fight.

In such cases, the carp must have managed to swallow the rig all the way down to its throat. During the fight, the line must have come in contact with the pharyngeal teeth, which then caused it to be cut.

Again, this is a highly uncommon phenomenon and can easily be avoided by using rather short hooklinks.

Can Carp Teeth Hurt You?

As the carp’s teeth are so far down its throat, the risk of getting hurt by them is very little.

But this does not mean that those teeth cannot do any damage. Never make the mistake of trying to unhook a carp that has swallowed the hook deeply with your fingers!

I have made that painful experience myself when I was younger. The carp that I had caught had the hook deep in his throat and I did not have any pliers on me.

So I thought, I use my index finger to try to get the hook free, in order to then safely release the fish.

Bad mistake! While my finger was down its throat, I suddenly felt the carp’s throat and teeth crushing my finger. It’s an enormous force that is at work there, which totally caught me by surprise.

To make a long story short, I managed to get my swollen and bleeding finger out without any greater damage to it. Since then, I have never stuck my finger down a carp’s throat again.