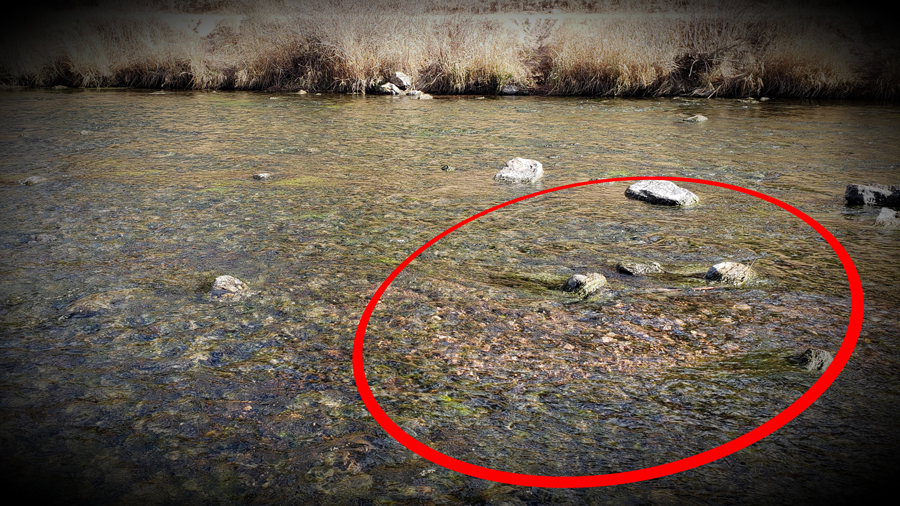 Some trout streams are closed to fishing during fall to protect spawning fish, but many others across the country remain open all year. Anglers living in areas without seasonal closures must therefore shoulder the added responsibility of ensuring that their activities have minimal impact on both the fish and their environment during these sensitive months. Fortunately, a little awareness is all it takes to avoid the worst outcomes, although the signs of spawning fish aren't always as clear as they might seem, especially for less-experienced anglers. Here are five signs to watch for the next time you're on the river during spawning season, along with some tips to help mitigate your impact.

Most anglers know what a redd looks like: usually a lighter-colored depression on the bottom, where sediment has been swept away, revealing the rocky substrate underneath. But photos often make these features look far more obvious than they are while you’re on the water, which can lead to a false sense of security. Redds don't always stand out so clearly. Unfortunately, there is no trick to spotting the subtle ones, other than paying very close attention to your footfalls, particularly when crossing the river in shallow areas.

Of course, the best way to avoid accidentally stepping on active Redds is to stay out of the water completely during spawning season, whenever possible. Bring a longer fly rod to help you reach out over the water, and work on your roll-cast delivery. Sometimes on cloudy days with low visibility, or when fishing a less-familiar stretch of river, I will leave my waders at home in order to force myself to remain safely on the bank. 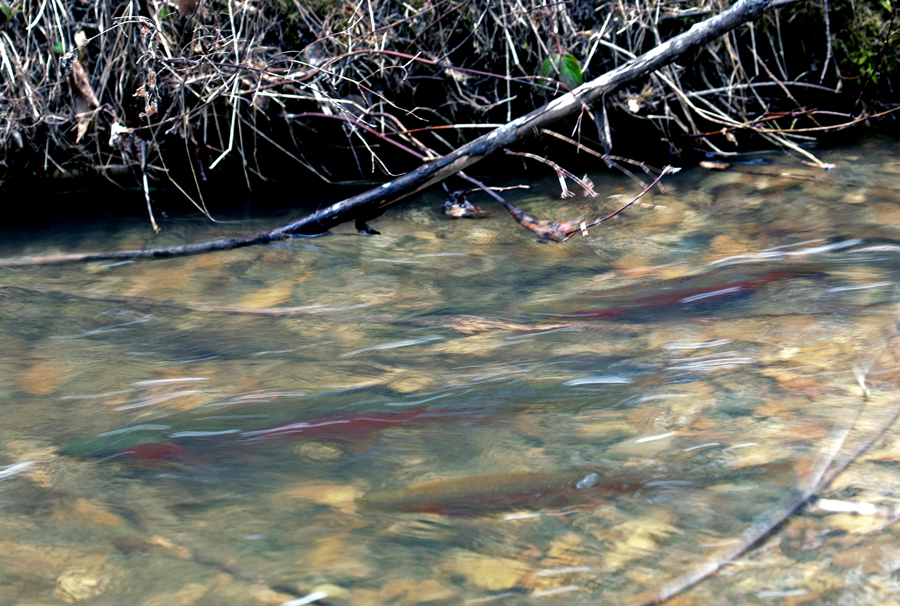 Another sign that you may have stumbled upon actively-spawning trout that could use some privacy is when you spot fish that don't spook when they should, or spook in a big circle which brings them right back to their original spot. Even if you don't see a redd nearby, reluctance to leave a specific area is indicative of spawning or pre-spawn behavior and should never be exploited, however tempting it may be to floss a big trout that won't move. Generally, when I see this behavior, I pack up and head somewhere else for the day, since it's very likely that other fish in the area will be acting similarly.

Spawning is a very active event, usually accompanied by a lot of aggressive body movements that wouldn't be typical during other times of the year. Even if you can't see the stream bottom to look for redds or un-spooked fish, you can still look for unusual surface activity. If you see fins or tails poking up, big swirls in the riffles, free-jumping trout, or the rush of water resulting from a hearty tail-slap, you're likely in the presence of spawning (or at least pre-spawning) trout. Again, this activity may not always be as obvious as it may seem, much like how the largest rising trout make the smallest dimples. I will often hear the sounds before I see the actual fish splashing, so keep your ears open out there, as well as your eyes. 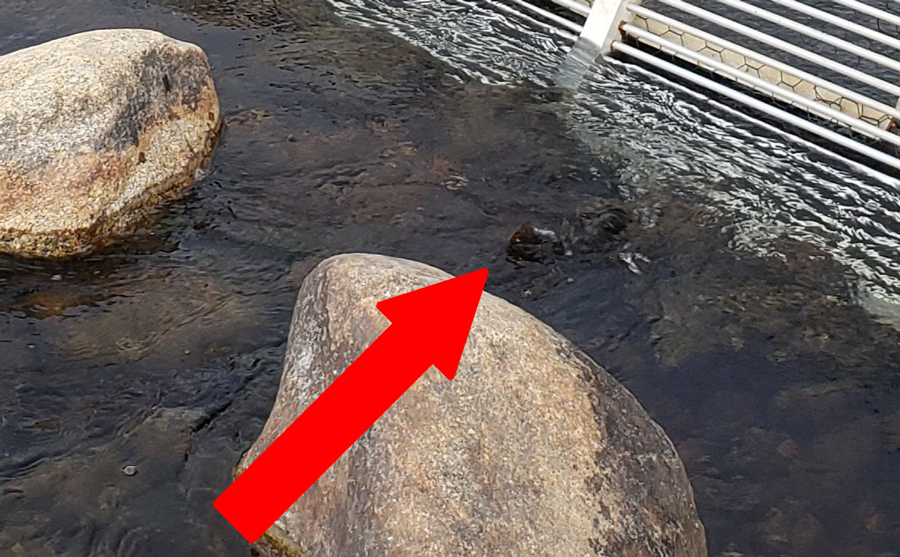 Trout don't typically spawn alone; they usually do the deed in pairs (shocking, I know). So, if the trout you are seeing are mostly paired-up, especially when one fish is significantly larger or brighter than the other, that's a good indication they could use a break. Again, this is true even if you don't see signs of nearby redds or any of the other behaviors listed above. Finding a suitable mate is a key part of the whole process and requires that the fish have ample stamina and low stress, which is hard to maintain under constant fishing pressure.

This one should really go without saying, but it still happens far too often. If the trout you are catching are releasing eggs or milt when held up for a photo, their chances of spawning successfully have been dramatically reduced. All that effort, all that risk, all those miles traveled, only to end up being wasted by the careless actions of a single angler. The first time is usually accidental, but continuing to fish under these conditions (especially to trout who are otherwise capable of natural reproduction in that waterway) is downright unethical. If you see eggs or milt, it's time to quit. Even better, mark the day on your calendar so you'll have a better idea when to avoid that same area in future years.